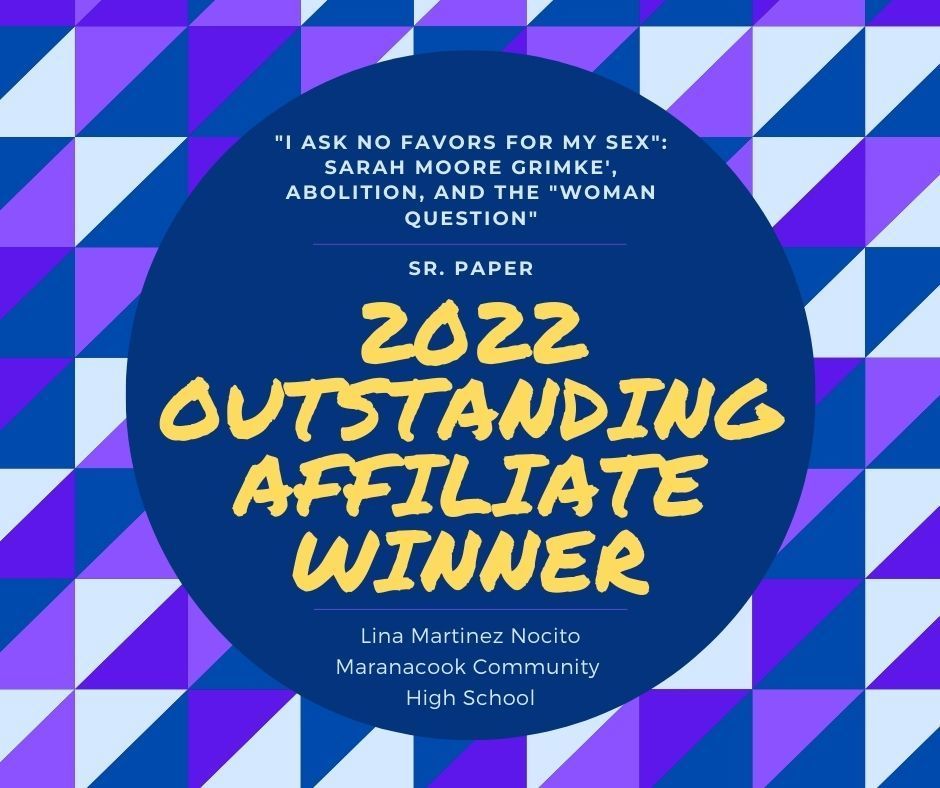 Shylah Woodford finished 1st in the Maine State contest and competed in the National Contest Saturday, June 18 with her documentary "After the Gavel Struck". Lina Martinez-Nocito finished 2nd in the Maine State contest and also competed Saturday with her paper "I ask No Favors for My Sex: Sarah Moore Grimke, Abolition, and "The Woman Question". Lina received the Outstanding Affiliate Award from the National Park Service as one of the two best projects from the more than 20 in the National contest from the State of Maine. This is the highest Award a Maranacook student has ever received in the National contest. Congratulations to both students and all the Maranacook students who completed a NHD project this school year!